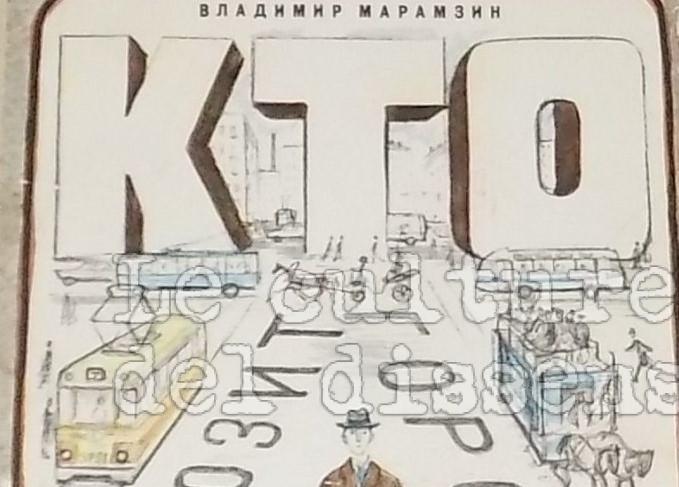 DESCRIPTION:
The group called Gorozhane (Citizens) originates from Boris Vakhtin’s project to publish an anthology of the same name of the prose works of a group of four friends: Vakhtin himself, Vladimir Gubin, Igor Efimov and Vladimir Maramzin. In spite of their presence in official publishing (an aspect that distinguishes them from the members of other underground groups), the four authors expressed their willingness to create a publication based only on their aesthetic taste and detached from the limited and narrow considerations of bureaucrats’. The typewritten version of the collection, with an introduction by David Dar, was presented in 1965 to the publishing company Sovetsky pisatel, which emphatically rejected it. This first attempt was followed by others: in the second version of the anthology, to the short stories of the four writers was added an article entitled Gorozhane o sebe (Citizens about themselves), a sort of manifesto of the group, as well as the negative opinions expressed by various official critics. Having received so many rejections from official publishing channels, Vakhtin and his colleagues started circulating their anthology through the samizdat, setting aside a copy for the Publichka, the Leningrad State Library, formerly a reference point for the young artists of the Malaya Sadovaya. The works of the four writers are aesthetically similar and share an interest in prostorechie (daily speech), since that time the Citizens would address their works to the channels of the underground publishing, both at home and abroad. Nevertheless, some short stories in the anthology did find their way into official publications, evidence that the group’s works are less overtly subversive than those by other non-conformist authors and that the authorities were reluctant to fuel further scandals. In his introduction, Dar highlights the innovative language used in the short stories, which deconstructs the canons of traditional literary speech. Despite their contacts with official publishing, the Citizens maintained complete independence of thought. This independence emerged during the Brodskij’s trial and the Sinyavsky-Daniel case, when the writers spoke out in favour of their colleagues, who had been condemned. Influenced by authors such as Gogol, Zoshchenko, Olesha, Babel and Platonov (of whom they collected texts), and close to groups like the Filologicheskaya shkola and the Akhmatova’s Orphans, Vakhtin, Gubin, Efimov and Maramzin, the Gorozhane compensated for the limited distribution of their most important works with public readings performed at the Dom Kultury and Molekula cafès. The group was active until 1975, when Maranzim was arrested and forced to emigrate to Paris: here, in 1978, with the poet and singer Aleksey Khvostenko, he founded the journal «Ekho», which published works by authors banned from official channels (among others, Gubin, Brodsky, Dovlatov and several members of the Filologicheskaya shkola). As Savitsky highlighted, starting with their name, the Citizens showed a certain amount of opposition to the contemporary school of the so-called Derevenshchiki, the village prose writers, who focused on a nostalgic and idealized reinterpretation of the past, in which the countryside played a key role in Russian society.