The project is divided into three main thematic areas, which concern: 1) recognition of forms of literary and artistic counterculture in Italy, France and the USSR; 2) analysis of the channels/media of dissent, between official, protest and clandestinity; 3) study of the reception of Soviet dissent in the Italian and French cultural world.

These thematic areas are developed into three sections of the site.

THE GEOGRAPHIES OF DISSENT

THE CHANNELS OF DISSENT

THE RECEPTION OF SOVIET DISSENT

The section “The Geographies of Dissent” is devoted to a census of the phenomena of literary and artistic dissent that developed in the geographical areas and in the period taken into account.

The section “The Channels of Dissent” aims to analyze the media through which the literary and cultural protest movements were born, developed and spread, with particular attention, for the Franco-Italian area, to the phenomena of independent publishing (in Italian “esoeditoria”, that is to say, cyclostyled magazines, underground publishing houses) and, for the Soviet area, to the forms of alternative self-publication and diffusion typical of the Samizdat, of the specular Tamizdat, and of the Magnitizdat.

Finally, the section “The Reception of Soviet Dissent” is devoted to a reflection on the cultural forms of Soviet dissent that have matured within the Italian and French cultural universe, through a filing process of translations of the most emblematic literary works, of their distribution, as well as of the their impact on the political and social cultural debate.

The three sections are connected through internal links (hyperlinks) and tags. They contain a selection of keywords allowing an intertextual navigation with the contents of the same section or others.

The interactive map appearing inside each section also allows the immediate visualization of the geographical distribution of the phenomena examined. 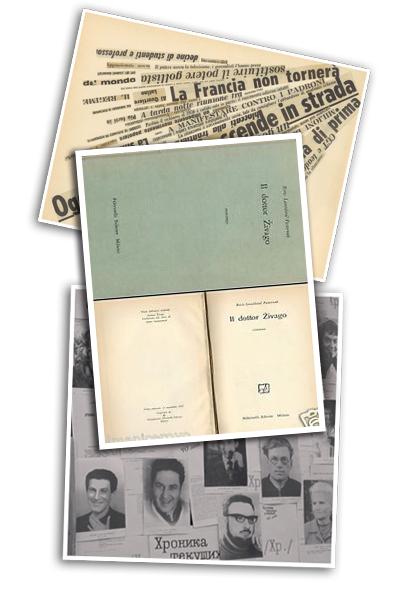