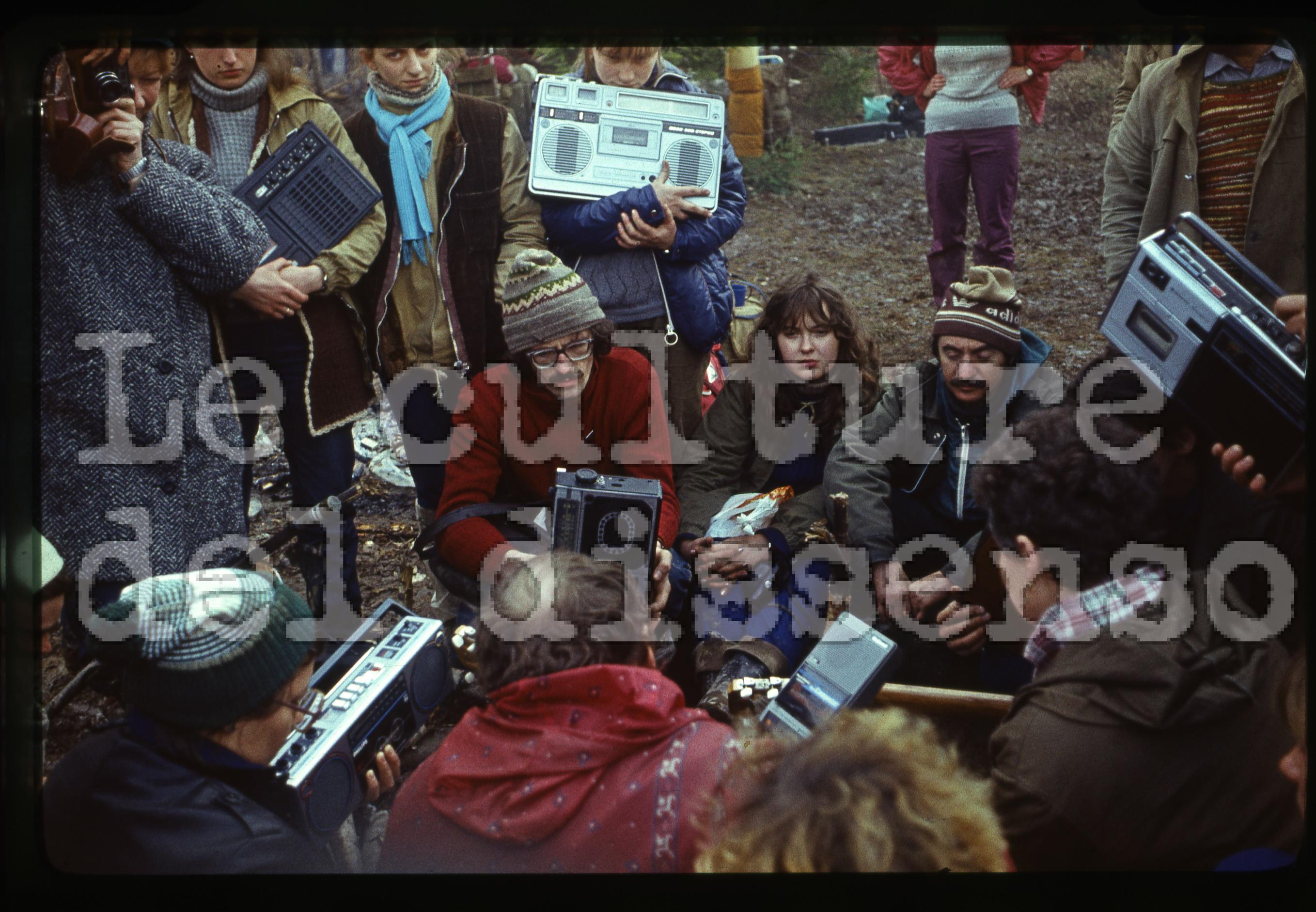 The phenomenon denoted by the term Magnitizdat is a very complex one, and it is difficult to offer a clear and exhaustive taxonomy. Therefore, in this text we will refer to a precise type of production of sound recordings, ie those related to the genre of songwriting (avtorskaia pesnia), with particular regard to the songs emanating from the Clubs of Independent Song (Klub samodeiatel’noj pesni, KSP), which did not pass through the official channels and could only be sung under precise, often semi-official, conditions. The galaxy of other genres of sound recordings, including interviews, poetry readings and political speeches, along with sketches by comedians and parodists who travelled extensively on this clandestine circuit, falls outside the scope of this investigation. (see also “supports of the Magnitizdat”).
It was in the Sixties that the recorders, which until then had been largely absent from the market, started to enter many homes, with the real boom taking place in the Seventies, because of a more restrictive censorship policy than that of Khrushchev’s time. The Tamizdat and the Samizdat caught on like wildfire and were quickly followed by the Magnitizdat. Hundreds of songs by the most famous authors – Okudzhava, Galich, Vysotskii – were joined by the work of new “bards”.
There were several reasons for this growth, first and foremost being the pressure of censorship and the limitations imposed on most of the repertoires circulating in the KSPs. As in the previous decade, many songs could only be heard in out-of-town gatherings, at home concerts, around a fire or on improvised stages far from the watchful eye of the authorities. Moreover, it was impossible to legally buy any song of this type, except for some rare vinyl editions.
At the same time, and partly as a result of this state of affairs, the number of members of the KSP movement (fans and authors or performers) increased dramatically in towns and villages throughout the Soviet Union. Meanwhile, recording technology had been making great strides and by the mid-Seventies the first cassettes were starting to appear. The contribution from radio stations was also fundamental, in particular Radio Liberty, according to which, in 1974, an estimated 36 million private short-wave receivers were active in the Soviet Union.
In the 1980s there was an initial surge in the clandestine circulation of records and cassettes, due to the closure of many KPS all over the country, a process that slowed down in the second half of the decade thanks to the changes brought about by Perestroika. Similarly, in the 1990s, there was a decline in the unofficial distribution of sound recordings due to the possibility of purchasing, now legally, the recordings that flooded the music market of the now former Soviet Union. By the 2000s, the Magnitizdat would appear to have seen its day, due to citizens of the former Soviet Republics enjoying almost total access to existing recordings on the web.
If this chronological subdivision of the phenomenon seems rather brief, still less can be made of geographical location as a key to interpretation. The Magnitizdat of this type depended on the presence of either a local KSP or of active local KSP members for its impact on society, making geographical location as a factor largely irrelevant. In Moscow and Leningrad, the high concentration of KSPs led to a consequently wide distribution of Magnitizdat. Another city worthy of mention is Odessa, where, from the mid-Sixties on, a system for broadcasting recordings had been created within groups of sound engineers and technicians, who were often also music collectors.
The authorities countered this by restricting the activity of the KSPs or even ordering their closure. In the two “capitals” of the country the struggle was more heated, because the KSPs were less easy to control, while in the suburbs the action of the authorities was more targeted and effective, due to the small size of the “counterculture” centres. The term “centres of Magnitizdat” can therefore be understood to mean only those groups of people who were willing to copy and disseminate documents collected during trips, expeditions and random or organized meetings. These circles were present throughout the country and therefore made the Magnitizdat a widespread practice that proved difficult to restrict or control.